​
Success through balance, positivity and support
Keller Williams’s culture helps associates help themselves at work and beyond. The company trusts them to manage their time and encourages staff to maintain work-life balance, positive attitudes and holistic well-being.

Keller Williams is also committed to the well-being of both its associates and their clients. Purchasing a home is a major life event, and up to 40% of first-time home buyers describe it as one of their most stressful experiences.

The associate’s job is to make this process more enjoyable, and they are trained to minimize client stress by “taking the negativity out and really making it [the experience] positive,” says Anson.
​​
Giving back benefits the whole community
Engagement in local communities is another pillar of Keller Williams’ culture — and Vice Chairperson Mo Anderson embodies this spirit of philanthropy and service. Today, Anderson leads by example, epitomizing the central tenets of the company’s culture. Every May, Keller Williams honors her birthday with a global day of service: on RED Day, short for “Renew, Energize, and Donate,” market centers identify areas of need in their local communities and spend the day volunteering.

Working together for a stronger culture
At Keller Williams, associates and leadership embody a culture that fosters growth through both independence and interdependence. This starts with the belief that success begins at the individual level, with tangible benefits that ripple outward to the local community and the company as a whole.

This unique culture is upheld through universally shared values and core beliefs, as well as a commitment to put them into practice by supporting associates in all facets of their lives. Given the top rankings Keller Williams receives on Indeed’s culture and work-life balance lists, the strategy is working.
Keller Williams is the largest real estate franchise in the world by agent count and boasts the highest sales volume in the US. The company often highlights its unique culture as a key factor in its success, earning it the number-one ranking on Indeed’s 15 Top-Rated Workplaces: Best Culture list.

But with over 980 global offices (or “market centers”), more than 175,000 employees (or “associates”) and continued growth on the horizon, how does Keller Williams nurture a culture that puts individuals first?

We spoke with Ryan Anson, chief people and security officer at Keller Williams, to learn more about how culture impacts the company’s success.

Keller Williams: A culture built on shared beliefs
The Keller Williams website defines the term “culture” as “the result of organizing the goals of a business around solid, positive, core values, and then proceeding to cultivate them on a daily basis.” Known more broadly as a system of values, beliefs and practices shared by a group of people, the idea of culture is integral to Keller Williams’s success story.

According to associates, the company has built an incredibly strong sense of its culture across market centers. A Stanford University study found that 96% of associates believe the culture is unique and directly influences success, while nearly 90% describe it as “family-like.”

This is illustrated by the company’s stated mission: “To build careers worth having, businesses worth owning, lives worth living, experiences worth giving, and legacies worth leaving.” And Keller Williams prides itself on providing award-winning training and support to help agents thrive in their market centers and beyond. 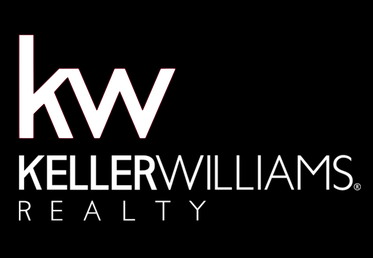 Use this space to play!
​